I’d flagged this week as the start of my build phase, but now I think it was maybe my last “gimme” week—there wasn’t anything in the plan I haven’t done before and it was mostly a question of doing it now as proof that I could be ready in time for what comes next. So I guess I’ll call it a transition week?

My long run on Saturday was seven miles. I’ve done seven before, a handful of times, and I felt comfortable taking it on this time, even keeping an average pace a notch faster than last week’s six miler. The weather didn’t hurt—picture-perfect for running, overcast, low 60s, some breeze. In the past every time I’ve hit this kind of distance I think I’ve started to realize just how much the long run game is a mental one as it is a physical one. Running at a comfortable pace means feeling like I could, theoretically, physically do it forever; convincing myself, mentally, over and over again, that that is actually a good idea, a valid use of my time, and the actual goal is…weird. Realizing that Saturday’s last mile was going to be my middle mile during the half marathon in eight weeks was also quite the rude perspective shift!

Thursday was the first “race pace” run. A mile warm up, a mile cool down, a race pace mile sandwiched in the middle. (Hold the mayo.) (Yes, I’m a dad, have I mentioned that yet?) I’d set a minute-long pace range that I wanted to maintain for that middle mile that was meant to feel like a stretch while also giving me plenty of leeway to make it feel right. Turns out what felt right was a pace fifteen seconds faster than my target range. It felt good! It felt good to open back up some for the first time since the 5k; it was nice to feel like I hadn’t completely lost all the gains I made during that training period. Now, I really don’t believe the pace I ran Thursday was something I could actually maintain for 13 (and an oh and a point and a one-zero) miles; I mean, maybe it is, maybe I’m holding myself back, I know I’m perpetually concerned about over-doing it. (As my wife has put it, “Darby is very aware of his limits.") I don’t know. Either way, I do like those fast-but-not-absurd runs, and I’ve missed them since finishing the 5k training. Having that variety in the week is fun, a little spicy. I think I can safely slide my original target pace range forward by about 30 seconds. We’ll see what happens.

Tuesday night’s easy run continued the trend out of the previous week of my easy pace naturally starting to lift; it felt more like the race pace I expected to do on Thursday night (which probably translated to me pushing that mile faster on Thursday). I think I was running off some stress, too. Either way: faster than expected. Not the third-in-a-row ultra-low-heart-rate-Tuesday-run in a row I was on the lookout for, which is fine.

Looking ahead, things definitely actually for-real-real get interesting the next three weeks. I add a mile a week to the long runs each week (three weeks of new longest runs ever!), and a half mile a week to the race pace segment on Thursdays; Tuesdays will lock in at four miles for a while. Plus I’m pulling all my runs forward a day for the next two weeks, due to some weekend scheduling conflicts. Fingers crossed, that’s not a recipe for disaster.

Saw Nine Inch Nails on Saturday night. Second concert I’ve been to this year. After seeing no shows for so long seeing a show with 22,998 of our closest friends felt wild. Nevermind that it was a news-worthy show!

Not an audiobooks guy much, but if I were, I’d probably pick Libro.fm over Spotify in a heartbeat.

One of these days I’m going to unsubscribe from everything for a month. And I’m going to use the money to treat everyone to ice cream. Everyone.

Started watching The Rings of Power tonight. Darn it if I’m not hooked.

When I was setting up this training plan, I had mentally flagged this week not as a do-or-die week, but maybe as a sort of…do-or-seriously-reassess-my-life-choices week. All three runs were longer this week, taking me up to 14.5 miles; nothing too far outside my comfort zone yet, but it was going to be a big jump over last week’s 12.

The good news is, this week was…fairly uneventful! I feel like I’m relaxing into and enjoying the easy runs; my pace has been way below what I know I’m capable of, and I love it. After doing the speed thing earlier this year, running easy feels so pleasant. If I lost all interest in pushing my boundaries, I think I could happily repeat a week like this one for as long as my body wants to hold up.

The most newsworthy run was my 3.5 mile Tuesday run, which was my second shockingly low heart rate Tuesday run in a row. Either my watch glitched twice in a row, or I’m figuring out the zone two thing when I’m at my most well-rested. If I make it three in a row I’ll start to think I’m actually on to something. The Thursday five miler was smooth sailing; I’ve done pretty well in the heat this year, but yeah, the cooler night temperatures are making me happy. Despite shifting into the warmer afternoon today for six miles, I didn’t have any trouble getting through it, and even managed to clock my fastest pace for the week. Still slow! Still easy! But I’d be lying if I said it didn’t feel good to lop a few seconds off my pace without feeling like I was punishing myself in the process.

Looking ahead to week four, I’ll run less total mileage, but I’ll start introducing “race pace” runs on Thursdays. My plan for those miles right now (well, mile, this week—one race pace mile, between a warm up and cool down mile) is just to try to run a little faster than I have been lately; still trying to keep it completely doable, but a notch more intense. I’m giving myself a lot of latitude to experiment, to see what feels good and maintainable, while also knowing I’m not actually committing myself to running those paces on race day. I think it will be easier to figure out what I’m doing with those runs once I get a few behind me.

I just don’t think I was particularly itching for a “nice, pleasant enough” Mars Volta album. 🎵

I’d like to announce my intention to be acquired by Adobe for $20 billion.

Is feedly still the basic go-to RSS feed reader out there?

Love to run under those beautiful Cleveland night skies… 😂🏃 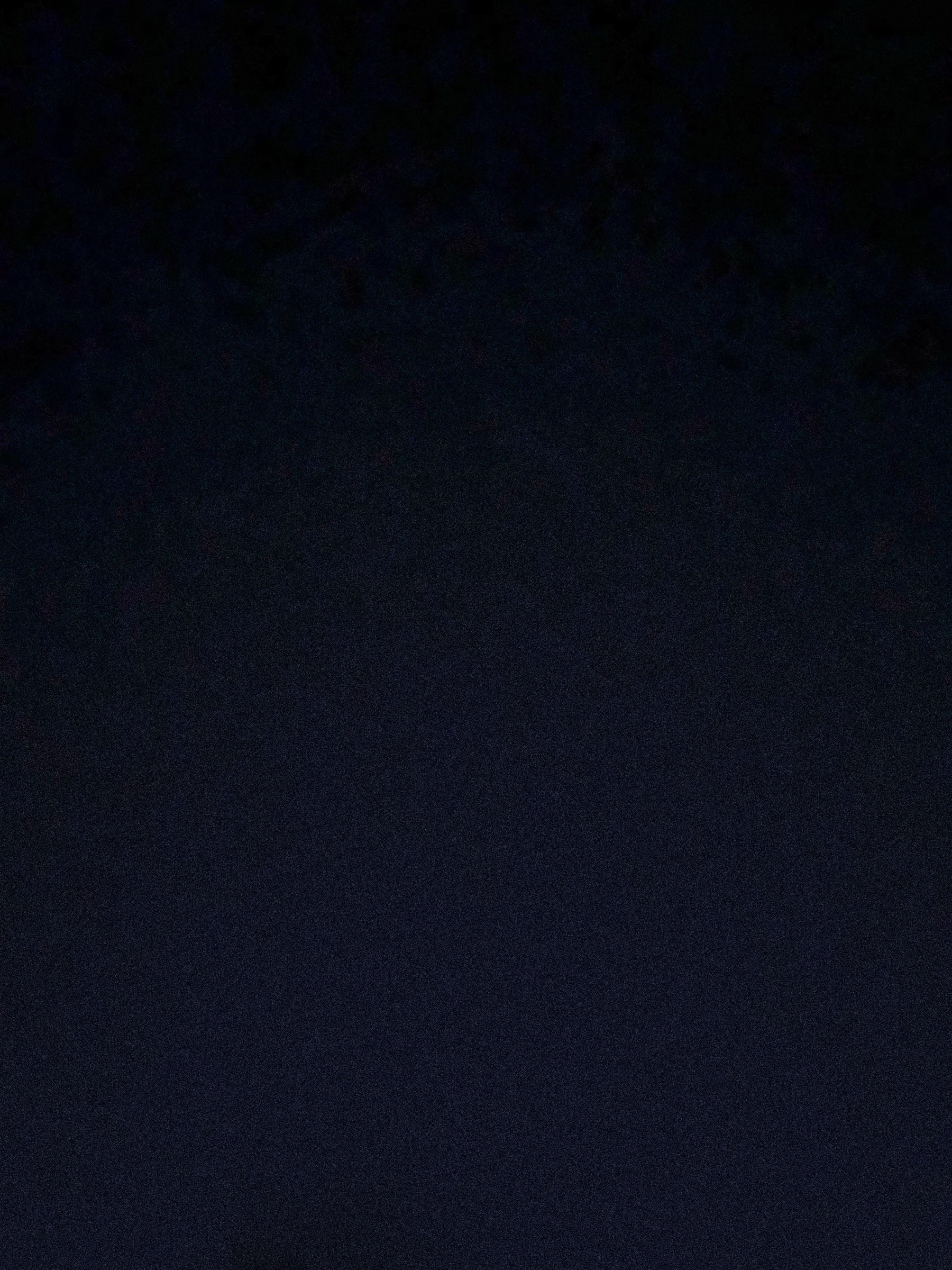 Had my second shockingly-low-heart-rate Tuesday night run in a row last night. Am I starting to figure out this whole zone 2 thing finally…? 🏃

Shout out around this time of year to all my fellow folks rocking ancient iPhones until they pull them out of our cold dead hands.

I don’t usually get up in arms over NY Times op-eds, but golly have I seen a couple doozy headlines recently. 😮

Going on 18 hours post-super-booster shot, and the side effects are … mild, vague, like I feel generally askew to the world around me. (Which is usually how I feel, this time it’s just more physical.) My arm hurt like heck overnight—forgot about that special fun.

Got the new booster today.

Not a bad week!

The three miler on Tuesday was weird. I knew I wanted to keep it light after the slugfest that was last Saturday, but…the maximum heart rate my watch reported at the end had to be an error. Was I even moving? Pace felt right, though, slow even for a generally slow runner like me, and I really didn’t feel even the slightest bit winded at the end of it, so…I don’t know. I’d like to try to do that again, whatever it is I did!

Thursday felt more typical. It also felt really good. Pace averaged out down under 11/min which is my current rough (and evolving) target for the half. It just felt like a really good run, like exactly the kind of run I hope to maintain for the half. Too soon to tell if that’s optimistic or not yet.

Saturday’s five miler I wound up running much earlier in the day than I usually do which mostly means it felt like I had to work for it a bit more than usual. But it was much smoother than last weekend’s four miler—never felt like I had to quit or stop, caught myself a couple times feeling like I was maybe starting to ramp up too much and started figuring out how to deliberately slow down a bit to compensate. (Also a good sign, I didn’t feel completely wiped out for the very long day of family activities I immediately transitioned to post-run.)

Overall this week felt like what I needed; both further cementing a healthy base and also recovering from the rough run last weekend. Which is the kind of thing that really only comes with the perspective of having been doing a thing for a while—once upon a time a crummy run meant I was a total failure and all my progress was lost and also I’m a huge fraud. Now it’s more just a bump in the road of a much longer game. Not that I don’t beat myself up for it, just…not as much.

The next two weeks I’ve felt for a while are going to be…interesting? Bellwethers? Things ramp up this week, all three runs are longer than the previous weeks’ counterparts, with a long 5 miler on Thursday and a 6 miler on Saturday. The following week mileage drops a bit for a bit but only because of the transition to race pace runs on Thursdays. It’s going to get interesting. And educational.

Currently reading: Chronicles from the Land of the Happiest People on Earth by Wole Soyinka 📚

One week into the half marathon training plan. Still feel like I’m trying to get back into the swing of things, trying to relearn how to actually keep easy runs…easy.

The first two runs were pretty solid. I don’t think my knee is giving me any real trouble now.

Saturday’s four miler was one of my uglier runs, though; had to stop once or twice to get my heart rate back down because I could feel myself redlining. It was far warmer outside than I’d anticipated, which might have been part of the problem.

So that wasn’t ideal but the good takeaway was that—in the past when I’ve stopped like that I’ve typically struggled to keep going at all after; this time I did run all the miles. So that was an interesting development.

Also took a new set of shoes out for the first time, switching from my New Balance 860s to the Asics GT-2000s. I’ve been feeling like I’ve been landing hard in the 860s and felt like it was a good time to try something new after 3 years. One I got going I did like the feel of the Asics. We’ll see how they do over the next week.

I kind of forgot Modest Mouse put out an album last year. It’s … not bad.

Booted up Ratchet & Clank: Drift Apart on the PS5 last night. I’ve been playing these games since the first one on the PS2 in 2002. Every next-gen console has been a leap. And now here I am in 2022…literally playing cutscenes. But, like, better. Truly wild. 🎮